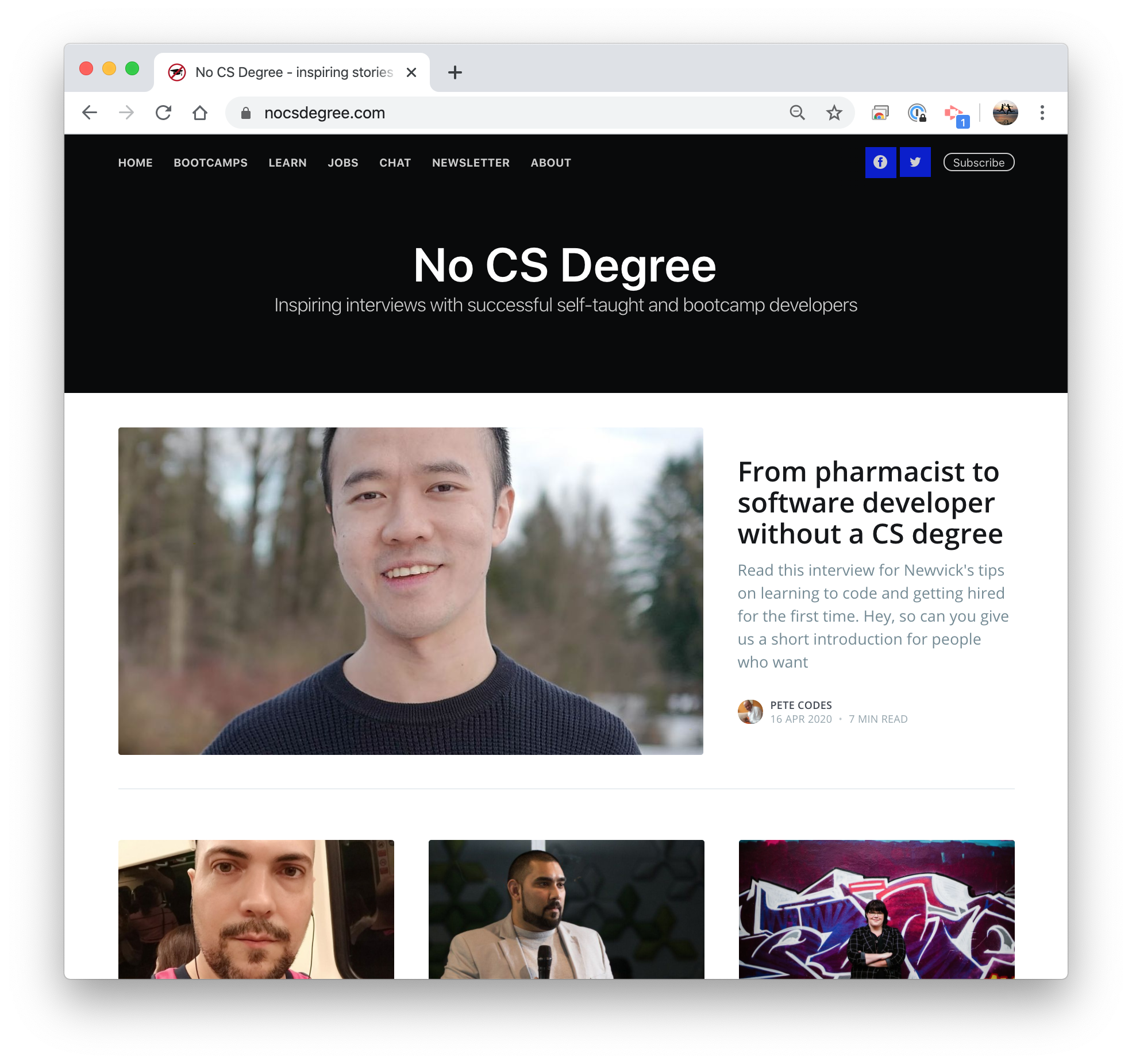 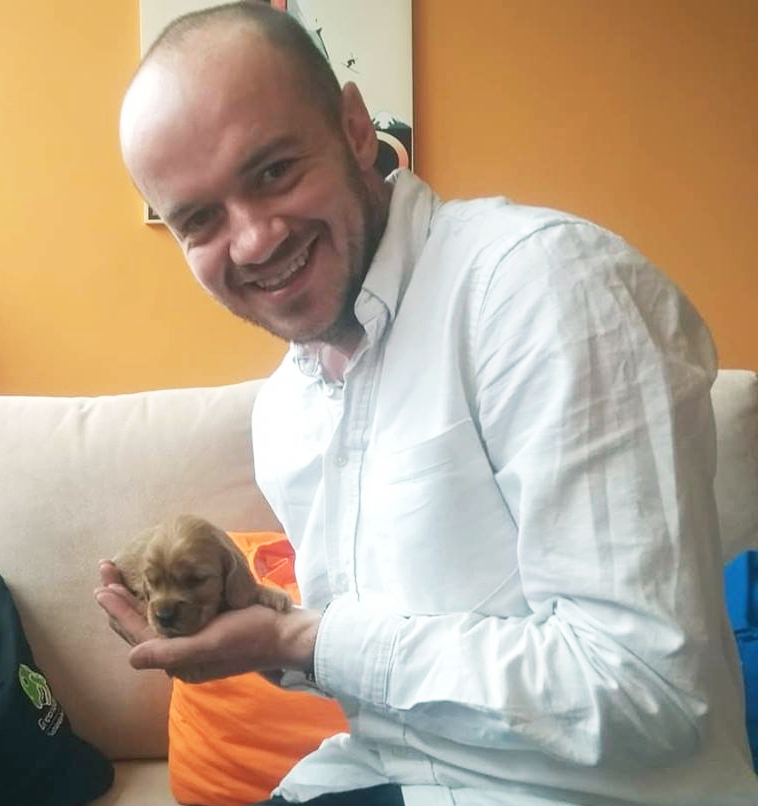 Pete was working a minimum wage job in a betting shop when his manager got threatened with a knife. Pete quit the next day and decided his best chance was to work for himself.

He launched his site No CS Degree (short for “no computer science degree”), which features inspirational interviews with self-taught coders and bootcamp developers, in July 2019.

His main advice is “Make things people love”. You can check his personal blog detailing his journey here. He blogs every day.

Here’s what I learned from speaking to Pete:

1. Build in the open and talk numbers – Pete made the decision before launching to openly share his revenue and build process ,having been inspired by the likes of Pieter Levels and Pat Walls. This had two effects: it generated interest in what he was doing, and it normalised the fact that he was monetising early on. When he posted that he’d made $1k revenue for the first time on the IndieHacker forum, another IndieHacker saw the post and asked to become a sponsor, giving Pete an extra $600 in revenue that month. He shares his revenue figures on his No CS Degree open page and tweets at the start of each month sharing his ups and downs.

2. Aim for B2B – Selling to businesses may seem daunting, but it’s worth remembering that big companies have marketing budgets set aside already. One phone call to a business can deliver the same revenue as converting hundreds of B2C customers if you only change $5 a month and you’ll only have one customer to manage. Pete recommends cold emailing business customers, finding people you want to talk to on LinkedIn, and building a good relationship by being reliable and delivering value. Embrace the fact that rejection will happen.

3. Monetise ASAP – No CS Degree got off to a roaring start after Pete’s post on HackerNews hit the front page for an entire day and his site got 29,000 visitors. Pete immediately reached out to people in Telegram communities he is a member of like WIP and Makerlog and found a sponsor for his fledgling newsletter when he only had 50 subscribers. He made $100 in his first week with donations from Buy Me A Coffee which helped to validate his idea. He made $180 in his first full month in August 2019 with running costs of around $50.

4. Celebrate the achievements of others – Successful people like to share their stories. Pete tries to spotlight people with large online followings for interviews. This generates additional visibility for his site, and often results in an influx of subscribers. His best performing tweets are when he quotes one of his interview subjects and tags them. He also shares when people on Twitter get hired for the first time or are looking for jobs and this helps attract more followers and generates goodwill.

5. Diversify your revenue streams – Pete sells advertising space in his newsletters and partners with coding bootcamps to deliver sponsored articles with successful graduates. He also makes a few hundred dollars each month of passive income by linking to coding courses with affiliate links. In addition to this he runs a job board for developers without CS degrees, and has just launched a directory of coding bootcamps. This gives him resilience in months where one revenue stream falls short.

How Silver Sharers grew to 700 subscribers & raised £30k in investment in 6 months.

Join 1,506 subscribers learning how to grow businesses and communities from founders who've done it.

Get a weekly email with: