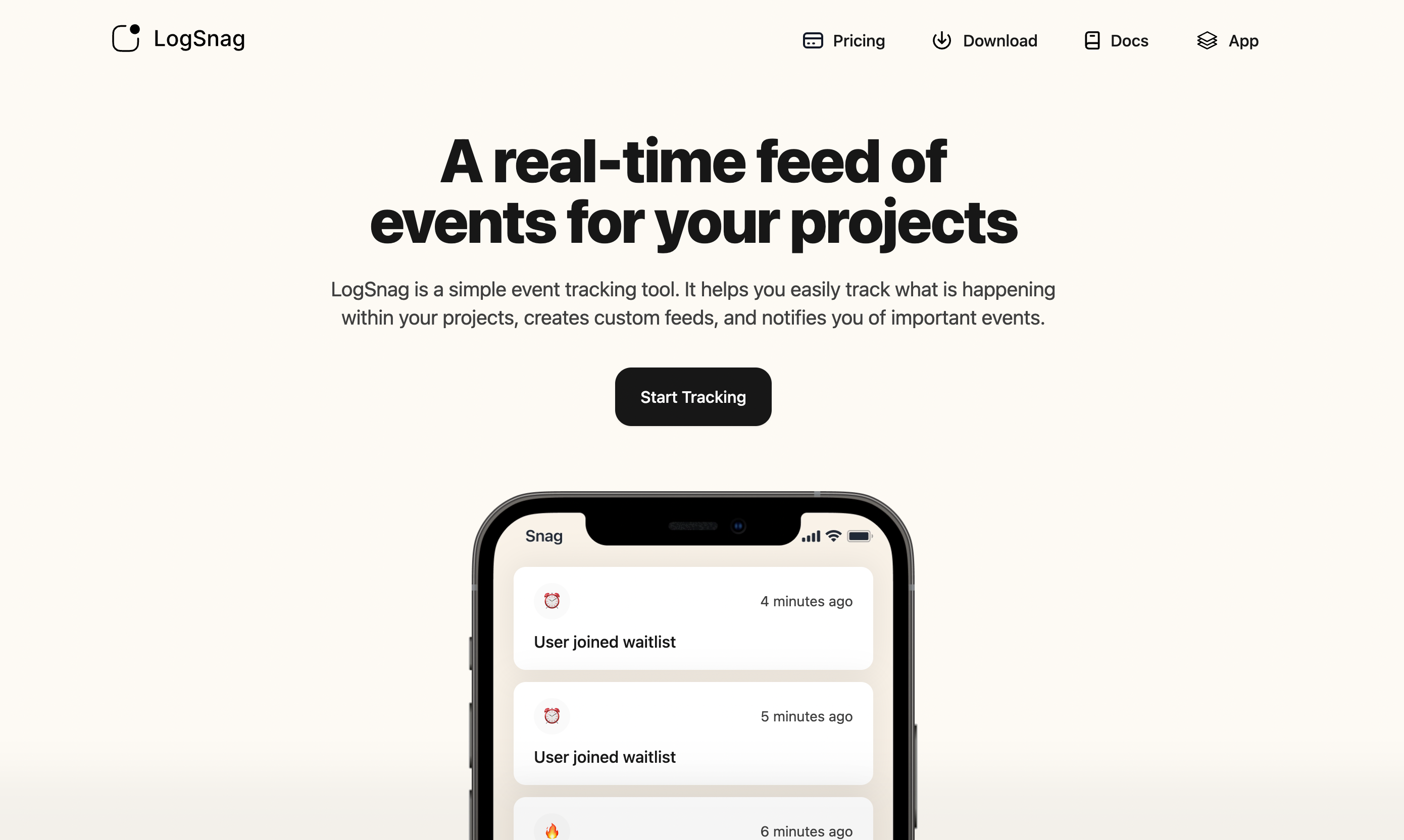 Shayan left his job last September to give indiehacking a go.

While working on his marketplace website idea, he discovered a problem: there was no easy way for him to track user activity on his site.

Most of the affordable options involved automated notifications going to Slack or Discord, which he tried but found it too limiting.

So he built his own tool, Logsnag.

After positive feedback from developer friends, Shayan decided to pursue the idea, so he spent December building a cross-platform MVP (minimum viable product).

He created a brief animated gif showing Logsnag’s functionality and posted it on Reddit. 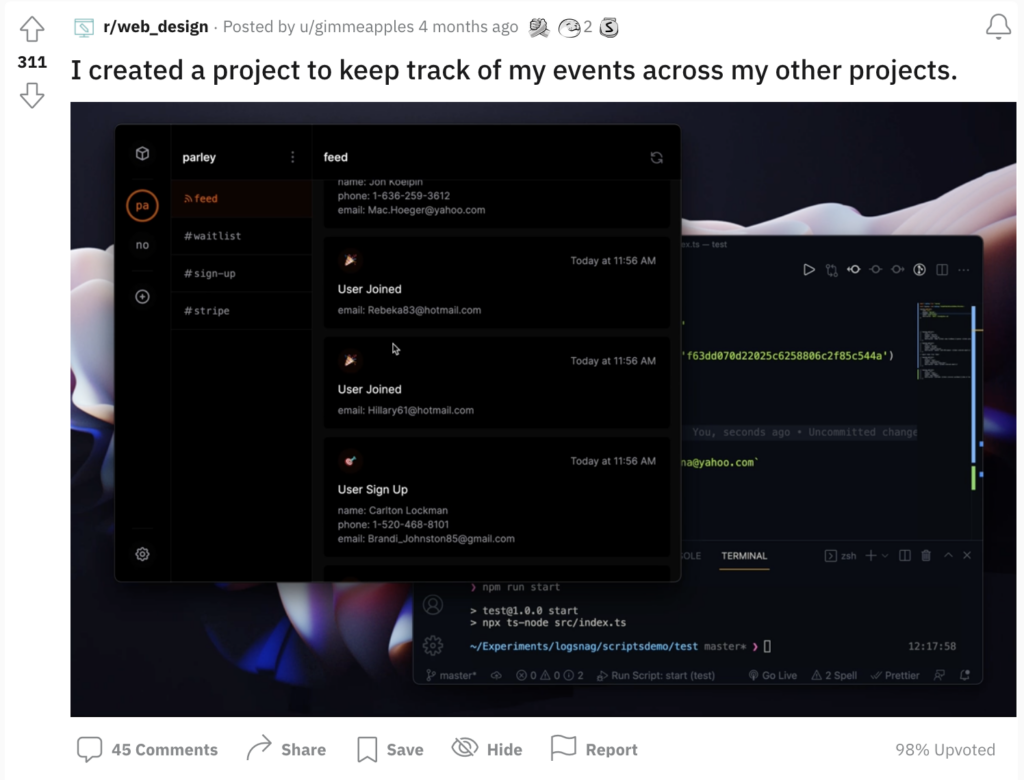 To avoid the Reddit wrath, his posts were purposefully non-salesy, instead asking for feedback. 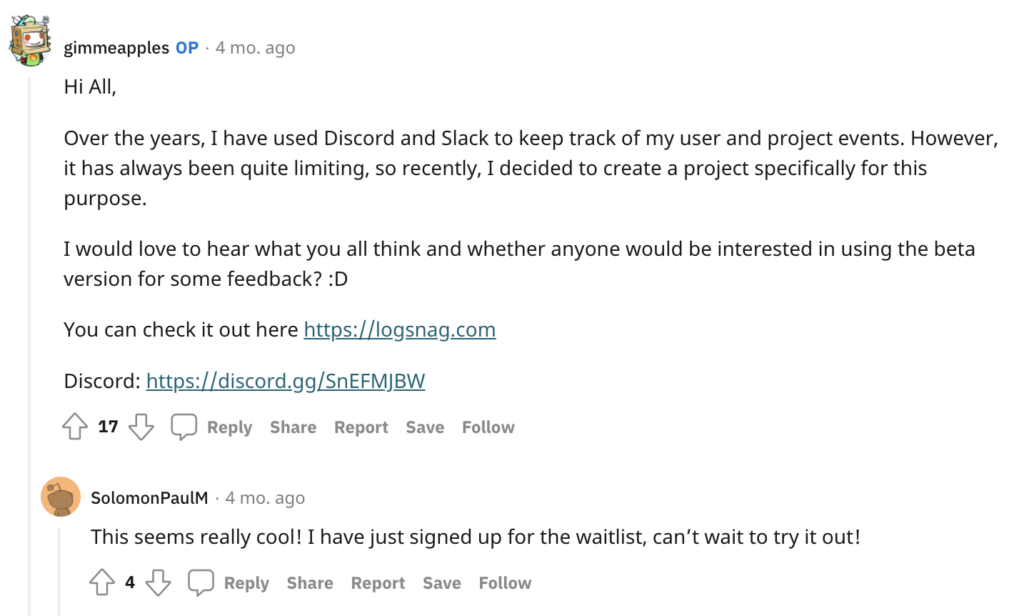 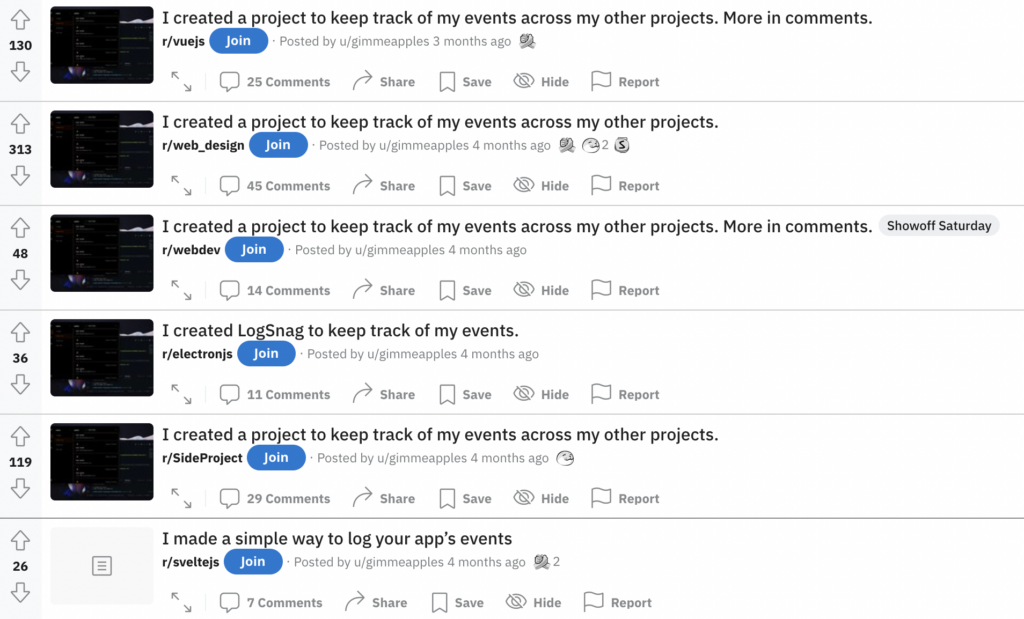 The response was mostly very positive, which is rare for Reddit. 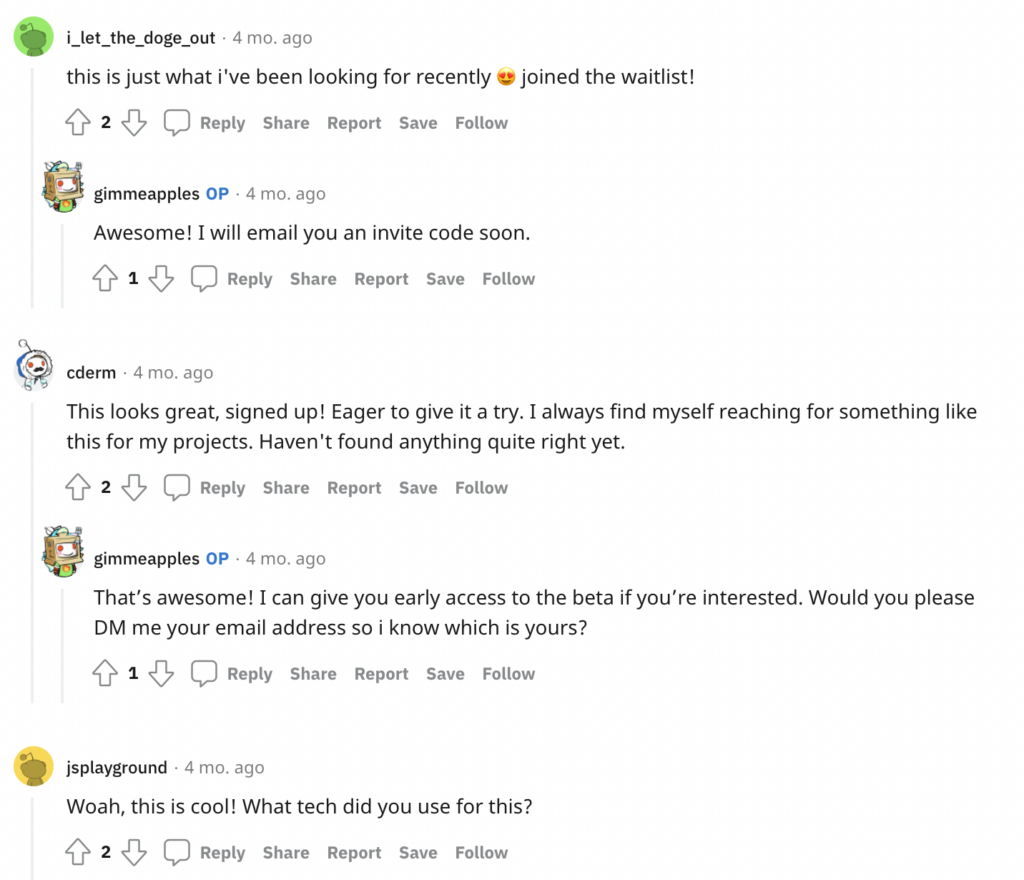 These posts earned him his first 300 waitlist signups.

Building in public on Twitter: From 70 to 2000 followers and 600 waitlist signups

At that time he only had 70 followers so he wasn’t expecting much.

He posted the same gif with a few words. 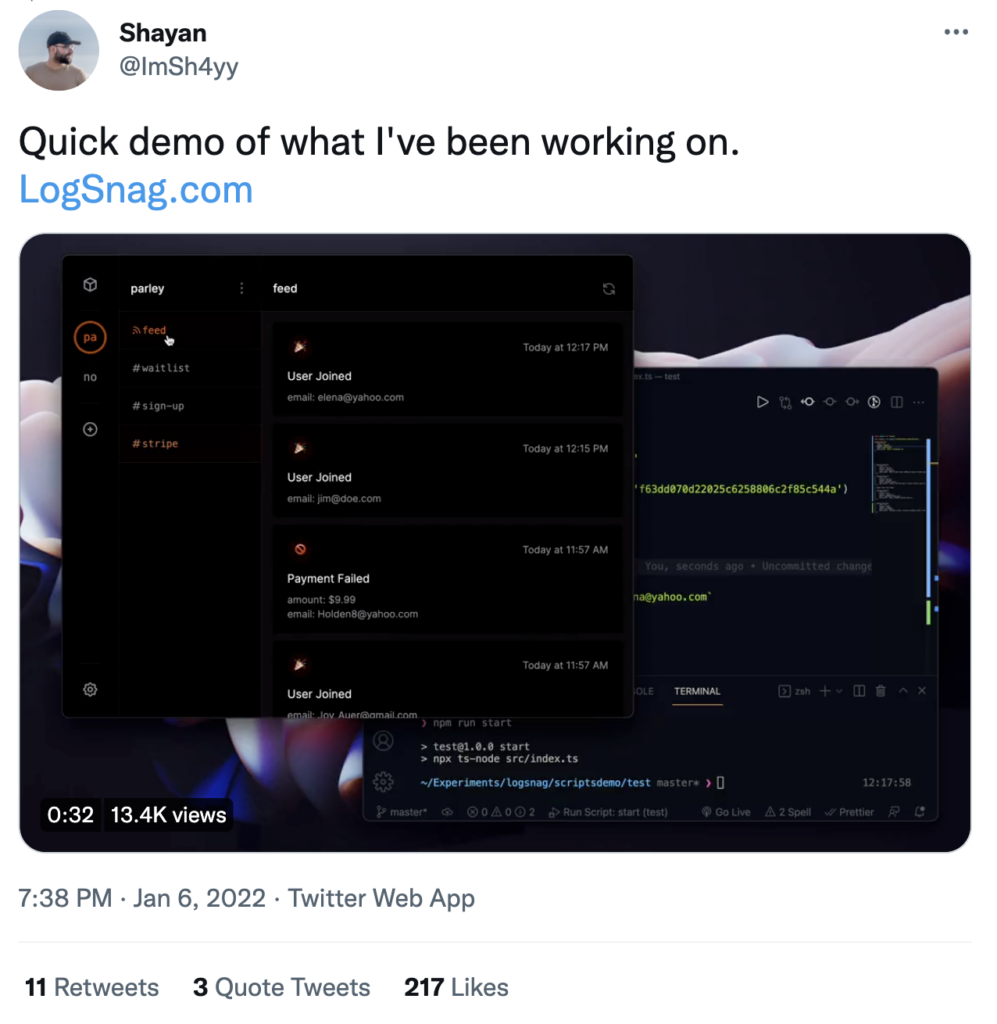 A combination of the gif, the subject matter, and perhaps a sprinkling of luck helped the tweet to do well, including a comment from Dan Rowden, a well-known indie maker with 37k followers.

At this point Shayan was only vaguely aware of the concept of building in public, but he decided to give it a try.

His best-performing tweets are simple and short, often including images, asking for feedback, or celebrating milestones. 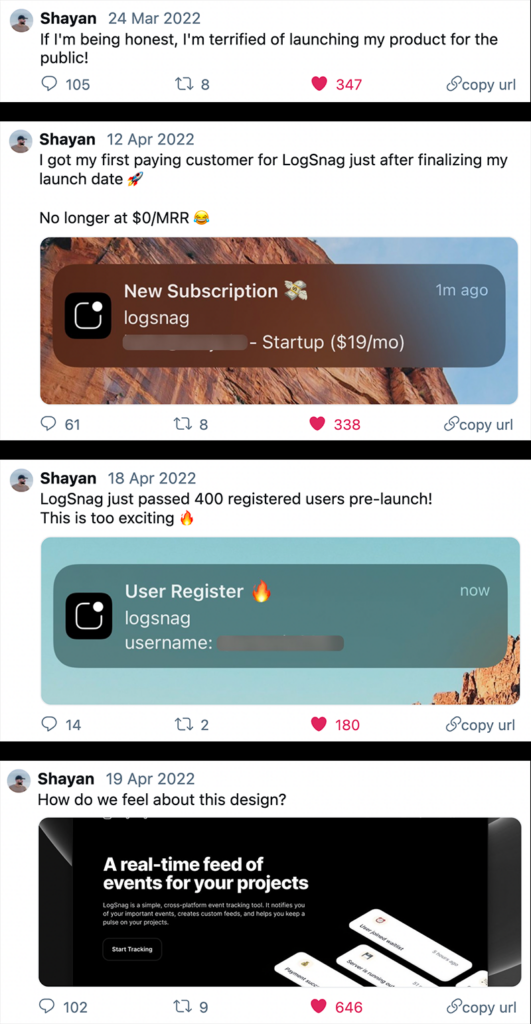 Between January and April this year, he went from 70 followers to over 2,000, and added 600 people to his waitlist.

Shayan officially launched his product on 19th April (10 days ago). 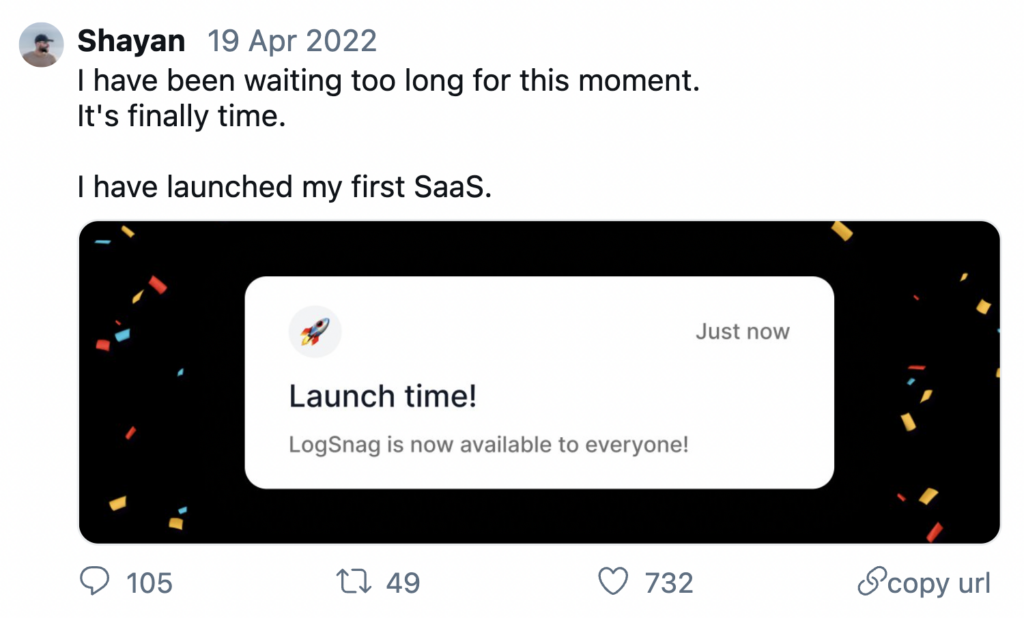