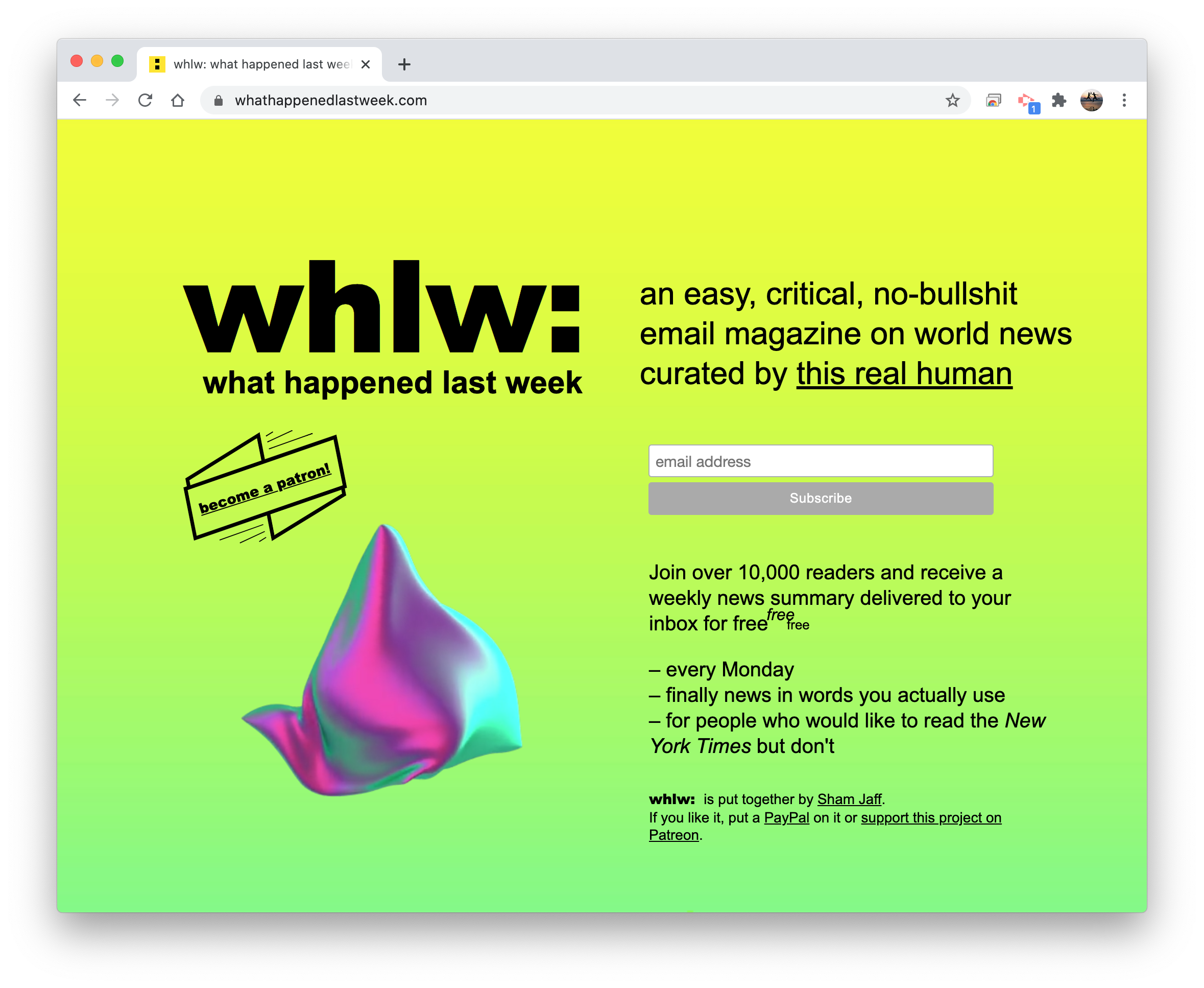 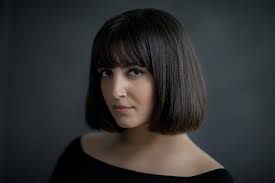 Sham Jaff grew up in Kurdistan and Iraq before moving to Germany. In September 2014, while studying political science, she decided to start an email newsletter to solve a problem she had observed: mainstream media coverage is usually told from a local, and often Western-centric, perspective, giving people an incomplete and often warped view of other parts of the world.

Sham created What Happened Last Week, an email newsletter providing 'alternative' weekly news summaries from a global perspective, in a friendly format accessible to everyone.

Six years later, with almost no marketing and an anti-growth approach, she has more than 10,000 subscribers in over 120 countries, and is able to do something many dream of: work on her newsletter full-time.

Sham describes her growth strategy as "anti-growth". She doesn't focus on subscriber numbers, but rather on the depth of her relationship with her subscribers.

She doesn't pretend to be anything but herself. She wants people to know it’s her, she wants the newsletter to reflect her personality.

To do this, she writes about personal things, she asks people questions so that they feel comfortable answering. Although it's a newsletter, it's a two-way dialogue rather than a one-way content platform.

At one point Sham created a small WhatsApp group with 20 of her subscribers to get their feedback on her website relaunch. "It was very helpful for me, I think I did everything they said".

2. Solve a problem that matters to you

Sham didn’t start her newsletter to try and make a living. She started it to solve a problem she that bothered her – world news and political coverage excludes people. She views this as undemocratic, and wants to fix it.

She kept it going over the years because she believes in this underlying mission. Being mission-driven enables her to weather the inevitable patches of self-doubt and low motivation.

Sham made small business cards with fun world facts on them, and left them places – subways, bus, bookshops, restaurants – whenever she was travelling. “Hey if you find this, subscribe, and let me know where you found it” – a lot of people came from this cool marketing campaign. Which also gave her a more diverse readership.

4. Referrals work if you have a good reward

Sham worked hard on creating an annual review e-book, and told people they could get it if they told at least 3 people to subscribe.

She got a load of positive feedback and at least 1000 more subscribers. But, she warns, “only do it if you have time and are sure of the product you’re giving out for free”.

Sham may not use typical growth tactics, but that doesn't mean she shies away from opportunities. She started out being interviewed on podcasts, and this led to regular interviews with German newspapers, and eventually to her becoming a columnist and supporting other podcasts with editorial work.

Shayan built a 950-person waitlist for his app with no audience. Here’s how.